Time would fail me to tell of Gideon, Barak, Samson, Jephthah, of David and Samuel and the prophets—who through faith conquered kingdoms, enforced justice, obtained promises, stopped the mouths of lions, quenched the power of fire, escaped the edge of the sword, were made strong out of weakness, became mighty in war, put foreign armies to flight.

Hebrews 11 is commonly referred to as the faith chapter. The people named within are called the “heroes of faith.” These “heroes” were trained to trust, not only for their benefit, but also for ours. Their relationships with God demonstrate to us His faithfulness, His trustworthiness and His unfailing love. The accounts are there to teach us that God can be trusted. 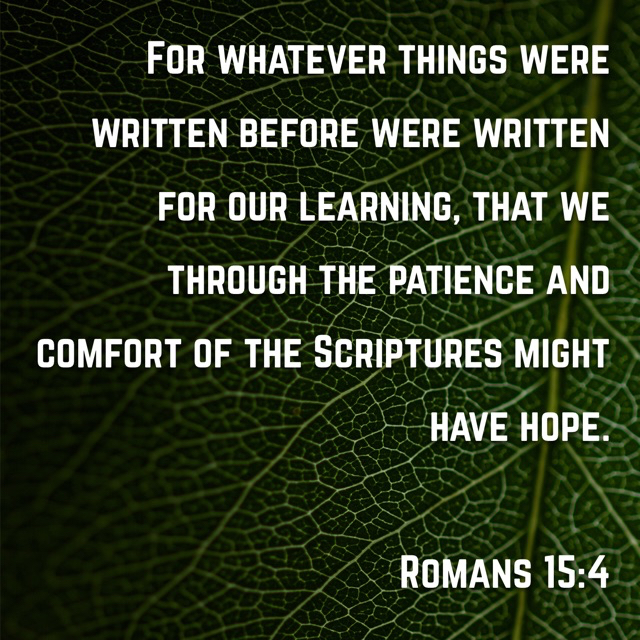 Small children can be very trusting, but when faced with something new or overwhelming, they will typically have two reactions—complete fearlessness or complete fearfulness. Both stem from inexperience and the reaction depends heavily on the temperament of the child.

My youngest child loves the water. He started plunging his whole face underneath the water on his own at age 2. It was rather terrifying to me, but he always popped up laughing. You can imagine my surprise at his behavior when I enrolled him in swim lessons that summer. He sat in the pool for the first four days screaming in utter terror. Out of all my children, I assumed he’d be the most comfortable, and yet he was terrified! After much coaxing on my part and repeated reassurance from the instructor, he finally grew comfortable with the situation. The instructor gained his trust by repeatedly being there for him if he ever started to sink.

How often do we look at the people in the Bible and think, “those people were dumb. Didn’t they remember what God did for them here, here and here?” Or “why did they ask for more signs? God already did one. How come they didn’t get it yet?!”

If I really stop and consider the reaction of those people and try to put myself in their position, there are times when they don’t seem quite so foolish as I may have thought. They were like children, faced with something large and unknown and they were afraid to plunge into such an enormous task, unsure whether God would let them sink or help them swim.

I used to think Gideon was a bit of a coward, needing so many signs. And yet, when I think about it from his perspective, his hesitation makes sense. He had been told the stories of his ancestors. He believed in God, but all around him he saw destruction and persecution. He thought that God had abandoned the Israelites.

When we come to the account of Gideon in the book of Judges, we observe great faithlessness in the people of Israel. The Israelites had failed to drive the Canaanites out of the land. Instead of worshipping the God who had been faithful, patient and powerful, they worshipped the idols of their enemies. Talk about silly!

Take time to read Judges 6-7 in order to get the full account of Gideon. I will bring out some highlights here, but as always, be sure to read the full context.

God is going to run Gideon through five trust-building exercises before he goes to battle against the Midianites.

An angel of the Lord appears to Gideon while he is beating his grain in secret. The angel says to Gideon: “The LORD is with you, O mighty man of valor.” (Judges 6.12)

God recognized the potential in Gideon before Gideon knew it existed.

“Pardon me, my lord,” Gideon replied, “but if the Lord is with us, why has all this happened to us? Where are all his wonders that our ancestors told us about when they said, ‘Did not the Lord bring us up out of Egypt?’ But now the Lord has abandoned us and given us into the hand of Midian.”

God doesn’t sit there and explain Himself. He gives a command, with reassurance: “Go in this might of yours and save Israel from the hand of Midian; do not I send you?” (v. 14)

Gideon knew the history of God sending the Israelites into battle, but still he doubts. He looks at himself as weak and foolish:

Pardon me, my lord,” Gideon replied, “but how can I save Israel? My clan is the weakest in Manasseh, and I am the least in my family.” (v. 15)

He still doesn’t see what God sees. He knows that he is insignificant in the sight of others, and not a mighty soldier. Why would God use him?

God gives a second command, with reassurance: The Lord answered, “I will be with you, and you will strike down all the Midianites, leaving none alive.” (v. 16)

Gideon is still unsure, so he requests a sign, and God gives him one! The angel of the Lord touches the offering Gideon brings and it is instantly consumed by fire.

After receiving the sign, Gideon worships God and builds an altar to him. He knows that the Lord is with him. A building block of trust has been laid.

Exercise #2: Tearing down the altars of Baal

It’s time to heat things up and get Gideon ready for the task at hand. God gives Gideon a command:

“Take your father’s bull, and the second bull seven years old, and pull down the altar of Baal that your father has, and cut down the Asherah that is beside it and build an altar to the LORD your God on the top of the stronghold here, with stones laid in due order. Then take the second bull and offer it as a burnt offering with the wood of the Asherah that you shall cut down.”

Before Gideon faces the Midianites, God wants him to tackle the problems on his door step. It takes a great deal of courage to stand up to your own family.

Gideon fears the wrath of God more than the wrath of men, so he obeys. But, he is still afraid, so he obeys secretly, hoping that they won’t find out who did it. He is taking steps out onto the high wire with fear and trepidation, but he’s stepping out in trust and obedience.

When the men of the town discover the desecration of their altars, they seek to kill Gideon. Gideon’s own father—the same one who had the desecrated altar—intervenes on Gideon’s behalf. These were his father’s altars and yet his father defends him!

God protected Gideon and further solidified the bond of trust between them.

Tomorrow, we will discuss the next two training exercises God has planned for Gideon. In the meantime, read or listen to Judges 6-7. See if you notice how many times God reassures Gideon that he isn’t facing the challenge alone.

One thought on “Gideon: Trained to Trust”