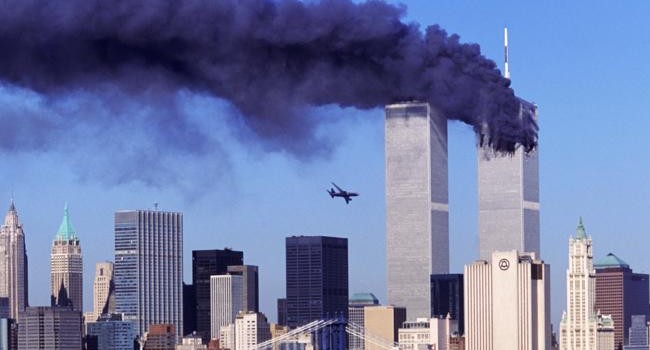 Tuesday morning dawned, bright and clear. The smell of cinnamon and nutmeg mingled with freshly cooked eggs while a soft, gentle breeze wafted through the open windows. I sat at the dining room table, savoring my freshly cooked scrambled eggs and warm coffee cake. I was home on summer break, very close to returning to college for my junior year. My mom sat across from me as we engaged in some light conversation.

The sudden jangling of the cordless phone shattered the quiet of the morning. My mom rose hurriedly from the table to answer it.

My mom looked at me from the kitchen and said, “Someone bombed the World Trade Center! Go turn on the TV.”

We walked quickly into the living room, turned on the TV, and watched in horror as smoke billowed from the side of a tall skyscraper. It was evident some major catastrophe had occurred, but it didn’t look as though something had dropped from the sky…

Maybe an explosive was set off…?

Minutes later we both exclaimed in surprise as another plane flew into the second tower.

In the dizzying haze of what I was witnessing, some shreds of my day’s plans broke through. I happened to glance up at the clock and realized my appointment was in less than 30 minutes.

How could I possibly think of going to the chiropractor at a time like this??

Should I go? (why was I even thinking about this right now??)

Was it safe to go out?

Should we be watching the skyline for rogue planes?

My mom seemed to be thinking the same thing because she voiced similar questions to my dad on the phone.

I gasped, horrified, as the distinct silhouettes of human bodies fell from the dizzying heights of the World Trade Center.

My heart twinged in terror and pity. Those poor people had decided to jump rather than be burned alive!

“Dear Lord,” I thought, “please be with all the people trapped in that building! Help the rest get out safely.”

Why was this happening? What psycho had caused this?

My mom turned to me. “You should go ahead and go.”

“Seriously?!?! Are you sure?” I asked, incredulously.

I headed out the door and drove slowly down the side roads to El Cajon. The usual cacophony of morning radio shows was replaced with somber-voiced people asking the very same questions that were filling my own mind. The bright sunny morning was at odds with the dark tragedy unfolding on our soil that day. The skies overhead, which normally hummed with planes, were clear and silent as air traffic across the country had been grounded.

Up until that day, I knew little of Muslims. Terrorism was something the IRA and a few domestic crazies engaged in. I had never even heard of Osama Bin Laden. And honestly, who flew planes into buildings?? I thought that practice had died with the kamikaze pilots.

It was a day that changed everything in America. A sharply divided country rushed to get flags. Both political parties crossed the aisles to stand united. Churches were packed with people praying. It was as though we all suddenly realized how vulnerable we were and how desperately we needed to band together. For a moment, there was a collective recognition that we were all mere mortals.

I realize there is nothing exciting about my experience. I didn’t get covered in the ashes of debris and death. I didn’t fight in Iraq or Afghanistan. I was not a first responder on that tragic day. I simply kept on living in the freedom that had been targeted by our enemies.

What I had once taken for granted, I now treasured.

If you take time today to remember the fallen today, think on this:  Death will someday overtake us all, so don’t take your life for granted.

People got up that morning like they did every other morning. They drove/walked/rode to work or got on an airplane, unaware that they were just a few minutes from their demise.

Tonight, tomorrow or next week, we may face that same unexpected and sudden end.

Am I ready to die?

Will I face death in terror or will I greet it willingly?

Am I ready to meet my God?

If you answered “no” then I suggest you make a change in your life today. Seek Jesus. Today. This minute. He died on a cross, was buried for three days, and raised again. He died for you! He died so that you need not live a life of fear, but of radiant joy and inner peace.

Turn away from a life of pride and selfishness and seek a life of service to God and your fellow man.

Be baptized in the name of Jesus for the forgiveness of your sins and rise up out of the water to live a new life with Him.

In Jesus there is hope beyond this unpredictable world. I know that I could be the one trapped in the next hair-brained scheme of some zealous terrorist, but I will never be plucked from the hand of my God.  A terrorist can take my life, but they will never destroy my soul.

In Jesus we who serve Him have no fear in death. No matter when we are called to meet our Maker, we will go joyfully with confident assurance.

Do not squander this day or this moment. It could be your last. 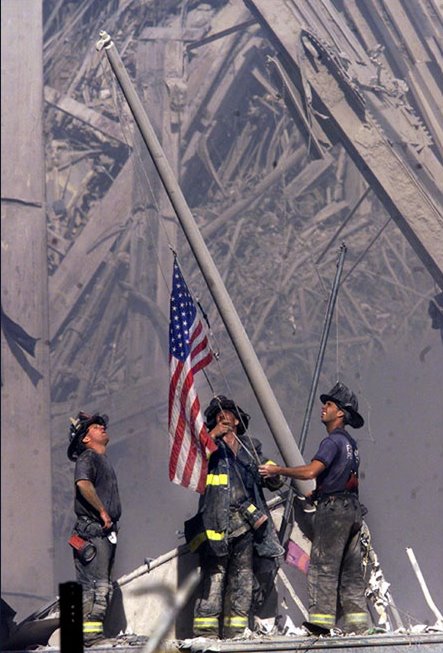 9 thoughts on “Where were you?”