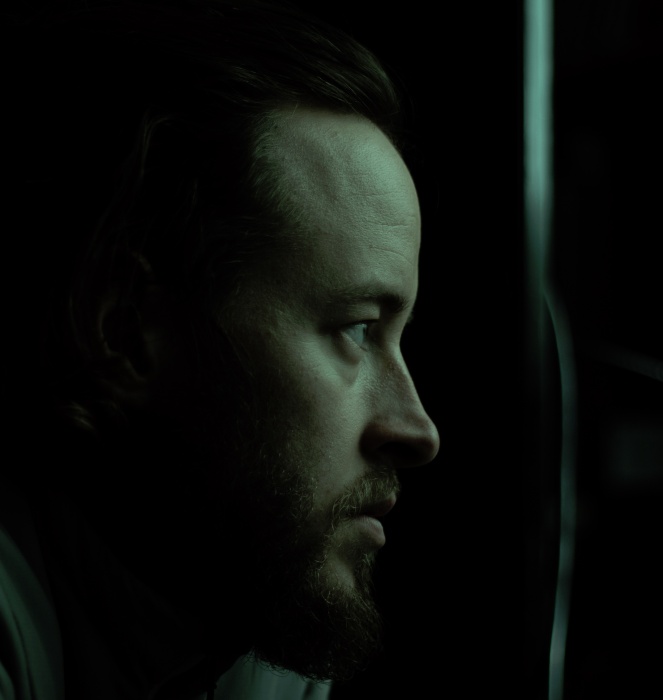 He cradled his head in his rough, battle-scarred hands, breathing heavily. The accelerated pace of his heart drummed so loudly he could hear nothing else. Sweat beaded on his forehead as blood pounded in his temples. He inhaled deeply, attempting to calm himself. He was thankful to have found this temporary refuge, even if it was a grimy old bathroom. The grinding of the pneumatic impact wrench securing nuts on wheels sounded eerily similar to the battle zone. Before he could acknowledge the trigger, he’d felt his body go into a tailspin. With herculean effort, he stood very slowly, making a deliberate B-line for this small sanctuary.

This was all so humiliating.

Stupid, stupid STUPID! Why did he have to be weak like this?!?

None of the guys from the hundred and first had this problem! They were still smoking and joking about the war like it was some video game. Only the weak ones contracted this illness.

His hair brushed back and forth over his hands as he shook his head, acknowledging the lie as it snaked its way through his thoughts. Hadn’t he just been to Jameson’s funeral? It was the second service for which he’d pulled on the uniform; the second service he’d attended not due to death in battle, but because of it. Jameson, the bulky master sergeant who could laugh more easily in the face of impending doom than the rest of them. Jameson, who’d taken 3 bullets and while simultaneously dropping 20 insurgents. He could still see him, drenched in red, determined to carry himself to the humvee on his own two feet.

Jameson was strong, but he’d suffered from this stupid problem too. It cost him his life.

When word came about Jameson, he thought it was the result of some overlooked infection from war wounds. It wouldn’t be the first time the VA missed something important. He wasn’t prepared to learn that Jameson died from a self-inflicted hole in the head. The pale, crumpled face of Jameson’s wife Kerry floated before his eyelids now. Jameson wasn’t weak, and yet he too suffered from this same debilitating disease that everyone attributed to weakness.

P-T-S-D. A real four-letter word if there ever was one.

Would it ever end?

He couldn’t go get help. To do so would be to admit “weakness.” He was a vet—tough and unshakeable. He’d seen and done things that’d make most men wet themselves, especially those irritating talking heads with their sissy makeup and their purchased Ivy League degrees. He clenched and unclenched his fists as he thought of their arrogant faces.

“We support the troops but not the war.”

He snorted. They think they know so much…

“Stop thinking about it,” he told himself.

He gritted his teeth, concentrating on each inhale and exhale. He started subtracting 7 from 100 and moving backwards, just like his VA psycho psychologist had recommended. When he reached 16, he went back to just focusing on the breath going in and out.

He prayed for help with each exhale, squeezing his hands tightly in front of him, trying to ignore that heavy metal escape hatch pressing eagerly into his hip. He didn’t want to go like Jameson, but he was so weary.

“Lord, I’m so frustrated. I’m so tired. Help me, please…” he whispered fervently.

I’ve watched the destruction of this devastating illness firsthand.

Much like the wind, you cannot see the illness, but its influence is measurable—irritability, high blood pressure, lack of concentration. The impact of emotional trauma to the brain is akin to the physical damage caused by a car wreck. Recovery from PTSD, however, is far more daunting than the car wreck. For one thing, if your body is mangled in an auto accident, the wounds are immediately visible. Doctors see what needs treatment and take swift action. The glaring injuries and subsequent recovery are apparent to anyone with two eyes.

The carnage of PTSD is intangible; it’s effects are often unrecognized and untreated.

It may seem odd during this festive time of year to raise such a heavy topic, but in all the hype of Christmas there are real people suffering from real grief, depression, sundowner’s, PTSD, and more. To these individuals, Christmas is an intense source of stress. They deserve our compassion, our most fervent prayers, our time, and our love.

In the coming weeks, we are going to look at a few “invisible illnesses” like PTSD, depression, sensory processing disorder, ADHD, and autism. I may be in a bit over my head, but I know the need is real. We have Christians  and non-Christians alike suffering from these illnesses and the most common response is to belittle them in ignorance. The goal is to educate ourselves in facts and discuss ways in which we can extend compassion. If you are struggling with one of these illnesses, it is my goal to let you know you are not alone and encourage you to get the support you need to heal. Take heart; you are loved with an everlasting love by One who knows what you are dealing with more intimately than anyone.

20 thoughts on “Invisible but deadly”