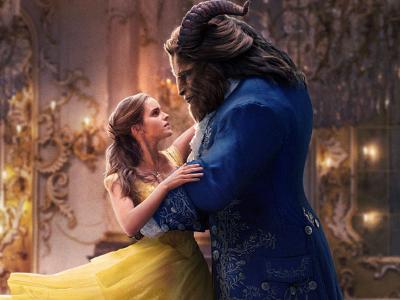 About a week ago, the internet exploded as Bill Condon, director of Beauty and the Beast, alluded to an “openly gay moment” in the upcoming film. Social media spiraled into a frenzy. An Alabama theater refused to show the movie. Conservative groups screamed for a boycott. “Progressives” patted themselves jubilantly on the back.

I’m just sipping my chai and having an Ecclesiastes moment:

Homosexuality is not a new phenomenon. In Genesis 19, we see Sodom and Gomorrah burnt to a crisp because of their homosexual/bisexual choices. In Ancient Greece and Rome, we have extra-biblical accounts of rampant homosexuality. Sin has been around since Eve listened to the serpent, and homosexuality—like pride, envy, lust, adultery, bitterness—is not a new sin.

Should I boycott the film?

Have you prayed about it?

We often make big decisions without consulting God first. If you are unsure of the “rightness” or “wrongness” of a decision, always begin with prayer.

Have you researched this “openly gay moment”?

You might say, “I didn’t need to read Fifty Shades of Grey to know it was about sex.”

True. Some things are fairly obvious.

My spouse and I watched the clip the news shared of LeFou’s “gayness.” It didn’t strike us as any more flamboyant than some of the “straight” characters in previous musicals. It’s still unclear to me whether he is overtly homosexual or just effeminate. The voice and mannerisms of Scar, the creepy villain of The Lion King animated film, struck me as “homosexual” back then. LeFou (literally translated “the fool”) is Gaston’s dopey sidekick. If they promoting homosexuality, why do they choose such creepy or foolish characters to portray it?

Are you prepared to thin out your movie library?

If you choose to boycott the film or take any public stand on it, are you prepared to boycott more than just Beauty and the Beast? How many movies have you seen or purchased portraying premarital sex as “no big deal”? How many films support adultery or downplay divorce? If you choose to take a stand over one subtle portrayal of sin, you ought to take a stand against them all.

Are you worried about your money being used to support Hollywood’s Homosexual Agenda?

This is a valid concern, and probably the biggest pro to a boycott. Sometimes, there’s no other way to let the elite progressives get the message unless you hit them where it hurts—the pocketbook.

Since Target’s April 2016 announcement to allow transgender bathroom use (and the American Family Association’s subsequent boycott) Target’s stock has dropped by thirty percent (source). This is an estimated loss of fifteen billion dollars. That’s Billion with a B.

Boycott’s can be effective. They can also backfire.

Remember when some people wanted to boycott Starbucks for using solid red cups at Christmas time instead of decorated cups? They felt the coffee retailer was attempting to wipe out Christmas by using plain red cups instead of the decorative Christmas ones they had used in the past. If anyone was under a delusion that Starbucks was pro-Christian at any time, let me dispel that for you: they have always been run by liberals and supported liberal causes (like many companies in the United States).

We should make our choices carefully. If you choose to boycott, make sure your reasons line up with real godly principles, and be prepared to defend your choice with sound logic.

Can this be used as a teachable moment?

As parents of three young children, we have made countless decisions about movies, school, activities, etcetera. My spouse and I shared many of these discussions pre-kids and pre-marriage. We still have regular discussions about how to approach various issues as they crop up. Our kids have “missed out” on several events due to inappropriate content or because we did not feel they were at a maturity level to deal with the intensity of the content.

On the flip-side, we have also tried not to over-protect them. The world outside of our home is full of ideas running contrary to our own. Our kids need to be educated on how to deal with these opposing worldviews. While it may not always sink in, we are to exercise due diligence in teaching them what these views are, the truth of God’s word in relation to those views, and the proper way to treat people who disagree with us.

So, back to Beauty and the Beast…

Should you take your children to see it?

Many have voiced concern over exposing their kids to the homosexuality in the film. Maybe before boycotting altogether, preview the movie sans kids. It could be that the homosexuality is subtle enough to avoid shock, but blatant enough to stimulate discussion. Parents, you’re going to have to discuss this subject with your kids at some point, and this *might* be a good opener. Make your choice with prayer and deliberation.

Are you going to see the movie?

Are you going to boycott?

Please comment below! I would love to hear your perspective. Please remember to be respectful or your comments will be deleted.

26 thoughts on “To Boycott or Not to Boycott…”