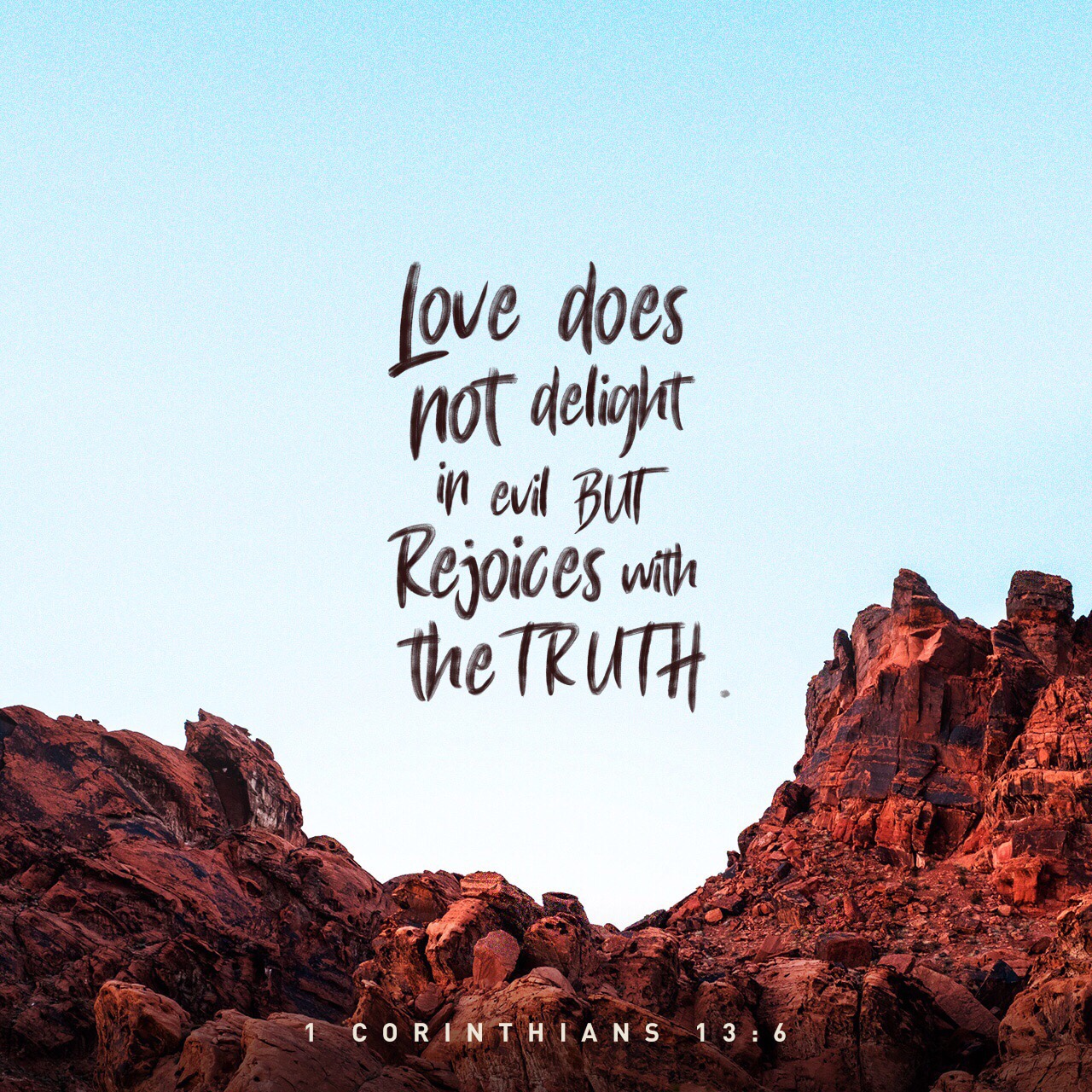 Nearly 20 years ago, I strolled into the music building at Cal Poly. I was in between classes, looking forward to some light conversation with some of the music majors and minors that I knew from choir. As I settled myself into an open seat, I realized that I had unwittingly wandered into the midst of a heated discussion on homosexuality. A few days earlier, someone painted the Cal Poly ‘P’ on the hillside in rainbow colors for Gay Pride week. The following day, someone painted it white. It was repainted yet again, only to reappear, bright white, the following morning. It would have been funny if it had been rival fraternities or something innocuous, but the aftermath was anything but humorous.

I was totally unprepared, not only for the situation, but for the angry arguments, most of which were pro-homosexuality. In the late 20th century and early 2000s, most contended homosexuality was a lifestyle choice. Only a select few considered it something one was “born with.” Further inflaming the conversation was whether or not religious people were right in their contention that the Bible condemned the practice. I sat mutely, listening attentively to how the arguments were articulated. Mainly, the arguments were emotional and anecdotal. I wanted so badly to speak up, but I was at a complete loss as to how I ought to state my position without further entrenching people into the opposite side. I let fear win that day—fear of failure, fear of rejection, fear of making it worse.

I learned some valuable lessons during my years at Cal Poly, because this was only one of many such discussions:

Note: Since social media came after my college education, it was not until after college that I reached the conclusion that social media is not the best venue for discussion. Keyboard ninjas are everywhere, careless about feelings and often crude in their attacks. It is also challenging (but not impossible) to convey a respectful tone in a heated discussion. If you’re going to do it, be careful! You will have to read and re-read your post, honestly evaluating the tone in which it is written.

Before we can have quality discussions on issues such as homosexuality, transgenderism, fornication, abortion, or any other controversial topic, we must guide our children in learning these critical foundations. As we teach our children how to face these arguments, we must drive home the pivotal importance of our attitude and bearing. The first foundation we must lay is the foundation of love.

During Jesus time on earth, He explained that the two greatest commandments are to love God with all our heart, soul, mind, and strength, and to love our neighbor as ourselves. “On these two commandments,” he said, “depend all the law and the prophets.” (Matthew 22.34-40) The accounts of Jesus in the gospels show us a teacher who always spoke the truth with love and boldness.

Sometimes speaking the truth with love involved using harsh terms (like, “woe to you Scribes, Pharisees, hypocrites!”) because so many were led astray by false teaching.

Sometimes teaching the truth with love required Jesus to tell people they were lacking in something.

More often than not, teaching the truth with love was more painful for Jesus than for those being taught because they rejected Him and His teaching. If you have ever loved anyone, you know that love can be painful, particularly when the beloved chooses poorly. It doesn’t mean we cease to love them, but we are going to ache for them.

The definition of love is pretty messed up these days. Many in our 21st century believe love demands unconditional approval of another person’s choices, regardless of how harmful those choices are to themselves or others. Love is often employed as noun—a powerful feeling. When our culture uses to it as a verb, it is essentially defined as “being nice.”

Love is so much more than warm fuzzies or viral videos of kindness.

Here are a few ways the Bible defines love:

“[Love] it does not rejoice at wrongdoing, but rejoices with the truth.”

“Faithful are the wounds of a friend,
But the kisses of an enemy are deceitful.”

“For [this is how God loved world], that he gave his only Son, that whoever believes in him should not perish but have eternal life.”

1 Corinthians 13 is often referred to as “The Love Chapter” and is known even by non-believers. How often do we recite the patience, kindness, and endurance of love, while overlooking the bit about how “it does not rejoice in wrongdoing, bur rejoices in the truth”? The world tells us that if we conclude that someone’s actions are dangerous or wrong (gasp!), we are being judgmental (at best) and hateful (at worst). This misconception needs to be corrected. Blanket approval of the beloved’s choices is not love.

Love seeks the highest good of the one loved. We cannot rejoice in their actions if those actions will hurt others or themselves. As children of God, we know that even if they suffer no obvious “damage” in this life, there will be eternal consequences in the next. If we watch mutely as they continue down a path of self-destruction, are we showing real love? If we speak up and try to stop them, it is not hateful but loving! People are going to make bad choices in spite of our attempts to help, but we must make every effort to do so.

Imagine, if you will, a large group of people stranded in the South Pacific. You’ve been sent in as part of a rescue team. The water is warm and calm, the breeze is refreshing, and the islands look nearer than they really are. The people, while waiting for help, have discovered that they can see some of the beautiful fish swimming beneath the surface. Rather than panicking over their situation, they are starting to enjoy themselves. As you navigate your boat into the group of people, you extend your hand to someone near you. “Get in the boat,” you cry, “Sharks will come—and soon! We’ve got to get out of here now!” For a moment, they look concerned, but since they haven’t seen in any sharks, they think you’re exaggerating.

“I’m fine,” they reply carelessly, “I haven’t seen any sharks, just a few schools of fish. I’ll swim to shore when I’m ready. This water is great right now! Besides, I’m rather enjoying myself. Go help somebody else.”

You tell them how far the islands are, and they laugh. “You’re going to drown from exhaustion or die of dehydration!” you warn, but they wave you away impatiently. “You’re exaggerating!” they drawl, “I’ll get there when I’m ready.”

You offer your hand to others, sometimes tossing out the life preserver to those at a greater distance. Much to your relief, someone finally takes you seriously. A few more people join you in the boat, but most think they have plenty of time and disregard your warnings. They are relishing this little bit of adventure. You realize you can’t stay out on the water much longer because some of the people in your boat are bleeding and will endanger everyone in the boat if you don’t get them to shore. You catch a glimpse of the sharks gliding stealthily beneath the unwitting swimmers. You shout a warning again, but—as nobody has been eaten yet—they mock your over-zealousness. Just as you reach the safety of the island, you hear distant screams. Oh why wouldn’t they listen?? Why wouldn’t they get in the boat?!

As you engage people in discussions, think of yourself as part of God’s rescue team. God is the one who does the saving, but it’s our job to extend our hands and His life-preserving truth. Do not lose heart—most prefer to swim in warm, shark-infested waters. Do not lose focus—we do this out of love for God and love for them.

The following lyrics will, I hope be an encouragement to you as you seek to share God’s truth with others. I’ve attached a link to the song as well.

A woman caught in evil and without an alibi
The truth, so very obvious, made no attempt to lie
With all the foes against her how she felt so all alone
Until Jesus asked the people who would throw the first stone

18 thoughts on “Teaching the Truth With Love”